Leaving a gift to charity in your Will 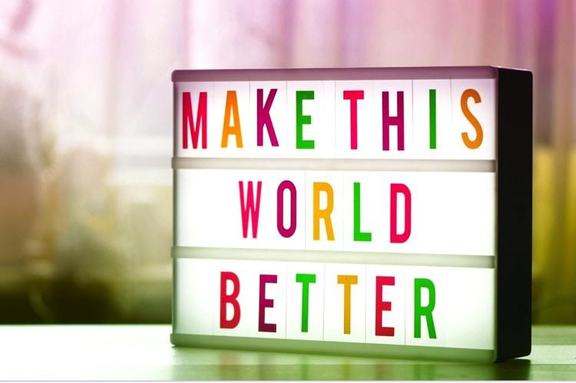 Many of us would like to make a difference when we die by leaving a gift to charity. We might have supported the charity or benefitted from its work in our lifetime. However, there are some possible pitfalls.
Which charity?
Making clear which charity you want to receive your gift is very important. For example, there are almost 80 charities with both ‘cancer’ and ‘research’ in their names on the Charity Commission’s register.
If the charity’s name isn’t clear in your Will it could mean that your gift goes to the wrong place or can’t be given at all. To avoid this you might, for example, include the registered address or charity number of your intended beneficiary in your Will. You might also include information about gifts you have made to the charity during your lifetime. It can be helpful to find out who at the charity will deal with your gift and include this information in your Will as well.
Location
Even when your chosen charity is clear, there could be confusion about whether your gift was intended for a local branch or committee. Some local branches are charities in their own right, while others are fundraisers but can’t receive gifts as legacies.
To avoid this situation, you might want to contact your chosen charity so that you can be clear about status of a local branch or committee to make sure your legacy can be given as you would wish.
Charity funding rules
Charity funding must be transparent, and they must clearly separate restricted income (for example, for use in a particular project) in their accounts. You might want to contribute to a specific project, but it could be best to express this as your wish rather than giving specific instructions. This will allow your chosen charity to use your gift to the best effect if, for example, the project ends before you die.
If you have named a specific charity branch or committee which no longer exists at the time of your death, you can include instructions in your Will to confirm that your legacy can be used elsewhere in the charity.
When charities merge
The Imperial Cancer Research Fund (ICRF) and the Cancer Research Campaign (CRC) merged in 2002 to form Cancer Research UK (CRUK), for example. To avoid confusion when mergers like this take place, your Will should:
use your chosen charity’s current name
explain what you would want to happen if the charity you have chosen no longer exists at the time of your death.
The Law Commission has recommended changes to help avoid legacies failing, and some charities keep their previous name as a shell charity, even after a merger. That’s why the ICRF and CRC still exist, allowing them to receive legacies that can then be passed on to CRUK.
Leaving gifts to several charities
The Charities Aid Foundation (CAF) Legacy Service can help you to leave one gift to benefit multiple charities, reducing the complexity of your Will and the work your executors will need to do.
Inheritance tax implications
Charitable gifts can reduce the amount of inheritance tax to be paid from your estate, but it’s important to check that ‘charitable’ beneficiaries are recognised by HM Revenue & Customs (HMRC). Depending on your wishes, your Will must follow the rules of the Inheritance Tax Act.
Expenses and remuneration
Charities aren’t free to give away part of your legacy; in many cases they can only use their funds to support their charitable objectives. Confirming which expenses should be paid from your estate before the legacy is given can help with the administration of your wishes. So, for example, you might make it clear that you want your estate to pay for a headstone or memorial or that the expenses of your non-professional executors should be paid.
Mementos
Your family and friends might want a keepsake that was not left to them in your Will. When these items are of sentimental value only, charities are usually able to agree. However, if the item has significant value, the charity might need to ask for permission from the Charity Commission. To avoid this situation, you can include a clause in your Will covering gifts of your personal possessions.
Challenges
If your Will excludes close family members, your chosen charity could face a legal claim. This could cause problems because the charity won’t know the background to your decision. It can be helpful to keep a clear record of your reasons for choosing a specific charity and for excluding people who might expect to benefit from your Will.
If you would like to make gifts to charities in your Will, we are always happy to discuss your wishes, so please get in touch.
Tagged as: Estate Planning, Wills
Share this post: