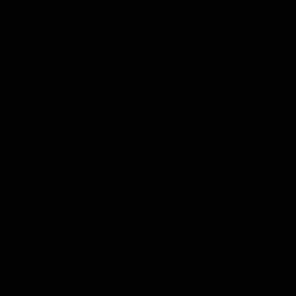 In the television show ‘Family Fortunes’ relations work together. Unfortunately, it’s not always the case. This is a true and very sad story…
Two sisters eventually escaped from their violent father and drunken, uncaring mother. In their adult lives they helped and supported each other.
One of the sisters started a family and built a strong network of friends. Unfortunately, the other sister’s emotional scars from their early childhood experiences went so deep that she was unable to resist them.
Having spent her working life in the voluntary sector, helping others, she finally succumbed to self-doubt and depression. Eventually she left work, got into debt and became so introverted that her sister struggled to reach her. One winter’s night she was found at her flat with hypothermia. Despite attempts to revive her, she sadly died at just 39 years old. She didn’t have a will.
Although the sisters had been estranged from their parents for many years, they knew that their father had died. Now the surviving sister needed to discover whether their mother was still alive. She found that her mother had dementia and was in a care home. A cousin she didn’t know was responsible for her wellbeing and financial affairs.
Having told their story, her cousin agreed that her sister would have wanted her niece to inherit the little she left behind. However, without a will, her estate went to their mother.
On the death of their mother, the surviving sister discovered that the whole estate would be divided between all of the cousins. Although she asked them to respect her sister’s wishes, she couldn’t persuade them.
She was heartbroken at the greed and selfishness of the new family members that she had only just discovered. It was a hard lesson for her daughter too.
One good thing to come from these events was that the cousin, who had managed her late mother’s affairs and her estate, was as good as his word. He freely gave his portion of the estate from the sale of her sister’s flat to her daughter.
The lesson?
Even seemingly close-knit families can argue over the estate of a deceased relation. It can cause upset and lead to family rifts.
To be sure that your wishes are implemented, it is important to have a properly prepared and witnessed will to avoid any doubt about what you would like to happen.
For advice on preparing a will that includes your wishes, please get in touch.
Tagged as: intestacy, lasting power of attorney, LPA, wills
Share this post: