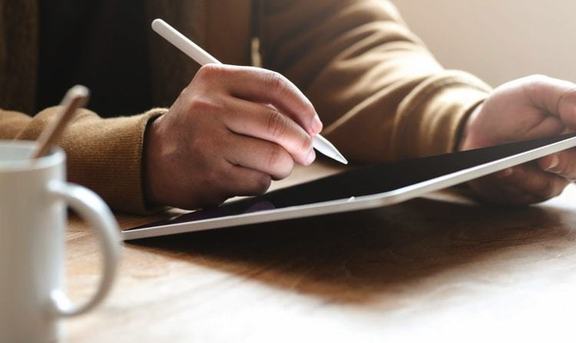 We usually expect a Will to be a paper document that has been signed with a pen and ink, but there are some more unusual ways to do it.
Some of them perfectly acceptable and legally binding, but others could be invalid, leaving you intestate.
There are strict rules about how a Will should be drafted and executed, but the answer to whether a Will is valid is not always as clear as you might expect.
Holographic Wills
A holographic Will isn’t a futuristic high-tech alternative to a paper Will, it simply means that you have handwritten and signed it yourself. Handwritten Wills are uncommon now, but a holographic Will should be valid as long as it has been properly executed and witnessed. However, there is a greater risk of errors and potential complications if the wording doesn’t have a clear legal meaning or can be interpreted in several ways. Spelling, punctuation and grammatical mistakes can also cause problems.
In 2017 the courts decided the case of a man who had written a holographic Will in 2012. Originally from Montenegro, he had lived in England for 70 years, but still found English difficult to master. Unfortunately, his Will wasn’t properly dated and there were problems with interpretation. He had used the phrase ‘And all the money. Which is left’, so it wasn’t clear whether his bequest included non-monetary assets. The court found that ‘bad English can still make a good will, as long as the testator’s meaning can be understood’. It was decided that the word ‘money’ would have a broader meaning in Montenegrin and the majority of his estate could go to the Serbian Orthodox Church in London.
The shortest Will
Many people think that, since their wishes are straightforward, their Will can be simple. In an historic example, possibly the shortest Will in England simply said: ‘All for mother’. However, a dispute arose because the dead man was known to have referred to his wife as ‘mother’. Based on the evidence submitted, the court decided that his wife was entitled to inherit the estate.
Mistakes in mirror Wills
In a 2014 case a married couple had each mistakenly signed the other’s mirror Will rather than their own. The court decided that the Wills, which were otherwise properly written and witnessed, were valid and that the mistake could be legally rectified.
Privileged Wills
A ‘privileged’ Will is made by word of mouth. While it is informal and doesn’t meet the usual requirements for a valid Will, it is sometimes allowed in law. These are also known as ‘nuncupative’ Wills. So, for example, a soldier or member of the naval or marine services can make an enforceable oral Will if they are in ‘actual military service’, including being at sea. There must be evidence from surviving witnesses that their intention was to leave their assets to a specific beneficiary.
In contemplation of death
A deathbed gift that doesn’t meet the usual formal requirements for a Will can be valid.
Although these gifts are often made when someone is literally laying in their deathbed, a 2013 case confirmed that death needn’t be imminent, as long as the gift is made ‘in contemplation of death’. However, due to the risk of fraud, a high standard of evidence will normally be needed such as handing over the deeds to a house, for example.
However, to avoid confusion or challenge, anyone who is unwell should ideally write a properly witnessed Will to make sure their wishes are clear and can be followed.
Digital Wills
The Law Commission’s consultation on Wills included proposals for the introduction of digital Wills. According to the consultation document, a person who is seriously ill in hospital might have more immediate access to a tablet or smartphone than to a pen and paper and might be more able to speak than to write.
Making it easier for people to make a valid Will is a positive step, but it’s also important to make sure that people are protected, and that their Will is clear so that their wishes can be followed.
Please get in touch if you would like to make a Will.
Tagged as: intestacy, Wills
Share this post: