Gifts to your family can bring unexpected inheritance tax bills

Posted on 21st December 2021
In a recent poll nearly half of respondents didn’t know anything about the rules concerning inheritance tax (IHT). 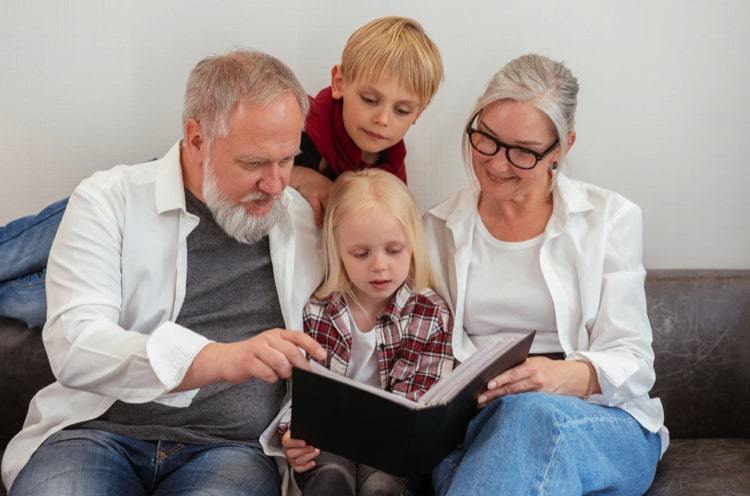 During the pandemic many savers wanted to give gifts to their children or grandchildren. However, they could find that some of their gifts will go to HM Revenues and Customs (HMRC) as IHT instead.
In the poll more than a quarter of those who responded said they planned to increase the financial support they gave to family members. A fifth said they had started passing down money and helping children or grandchildren earlier than planned. Nearly four in 10 said they wanted to help their loved ones now rather than leaving money in a Will. Two in 10 said they were anxious to help because they had seen their children or grandchildren struggle emotionally and financially during the pandemic.
Financial gifts
The most popular support was cash, which four out of 10 said they would give. Two out of 10 said they planned to pay for a deposit on a property or to help with wedding costs or university fees. Other types of support included paying an existing mortgage, or putting cash into a junior ISA.
However, very few were aware of the rules on inheritance tax or their limits. Before giving large sums of money to relatives, it is important the parents and grandparents make provision for their own financial security first.
Some gift options to leave to your family
Property – the residence nil-rate band (RNRB) introduced in 2017 makes it easier for people to pass on their family home without IHT implications. If you die and your estate is worth more than the basic IHT threshold of £325,000, it might still qualify for the RNRB. The additional property threshold if you leave your property to your immediate family is £175,000 for 2020 to 21. This makes your IHT allowance £500,000, although it is limited to one residential property.
Cash – whether you give money, personal items, property or stocks and shares, IHT may have to be paid if the gifts were made in the seven years before your death. You have an annual exemption of £3,000 before IHT is due. You could give £3,000 to one person or split it between several people. You can also give as many gifts of up to £250 per person as you want each tax year, as long as you have not used another allowance for the same person.
Larger amounts could mean your relatives are liable to pay capital gains tax, which can fall outside the seven-year exemption.
Children – the allowance for young people, known as Junior Individual Savings Accounts (JISA), is £9,000 a year per child. If you contribute regularly to a JISA it is classed as ‘excess income’ and as long as it doesn’t materially affect your lifestyle, it will be exempt from inheritance tax.
A pension – you can set up a pension for your child that they can’t access until they reach ‘pension freedom’ age which is currently 55 but is due to rise to 57 in 2028. The allowance for a Junior Self-Invested Personal Pension is £3,600 a year, but it is exempt from inheritance tax and the total could grow significantly during its term.
You can make provision in your Will to minimise the amount of inheritance tax your beneficiaries will have to pay.
Please get in touch if you would like to know more.
Tagged as: Estate Planning, inheritance tax, property
Share this post: