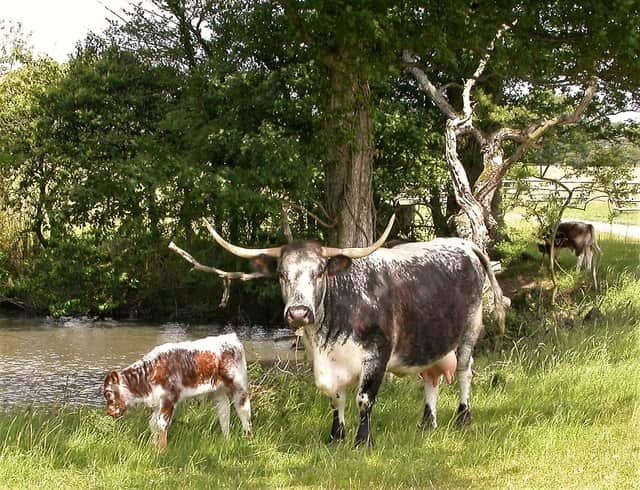 Here are some things you might not know about death in medieval times.
Death and taxes
They say two things in life are certain – death and taxes.
Today we understand that coroners are responsible for examining the cause of death when the circumstances are unknown or unusual. They also investigate and confirm the identity of the person who has died.
However, when the coroner’s role was first introduced in in England in 1194, their main job was to collect taxes, although they also recorded deaths that occurred in unusual or suspicious circumstances. Looking back at their records tells us a lot about how people once lived and died.
Here are five causes of medieval death from the coroner’s records of the time.
One: Animals
Pigs - in 1394 a pig in Warwickshire bit a man, causing his immediate death. In London in 1322 a sow wandered into a shop and bit off the head of a one-month-old baby girl who was laying in her cradle.
Cows – we usually think of cows as placid creatures, but in the Middle Ages they seem to have been more difficult to manage. For example, in 1365 a man was leading a calf next to water at Amington in Warwickshire when it pushed him in and he drowned.
Two: Drowning
Wells, pits, ditches and rivers were all risky places in medieval England. In Warwickshire, London and Bedfordshire drowning was recorded as the most frequent cause of accidental death.
For example, in Coventry, a young woman fell into a well in 1389. A servant ran to help her and also fell in. A third person heard the disturbance and went to help them both, and fell in too - all three drowned.
Three: Violence
Around half of medieval coroners’ records involve violent deaths.
At Houghton Regis in Bedfordshire in 1276 a husband and wife were safely in their bed at midnight when ‘madness took possession’ of the husband. It was recorded that his wife, thinking he was ‘seized by death’, took a scythe and cut his throat and then hit him with a bill hook, just to be sure. She fled to the local church for sanctuary and then left the country.
The records show that violent deaths were usually due to local disputes and were considered to be unpremeditated. The weapons used were often whatever was at hand such as a branch, stone or piece of farming equipment.
Four: Falls
There weren’t any health and safety rules in medieval England, so it’s not surprising that many of the records give accounts of people who fell to their death.
In 1389 a woman in Coventry was standing on a stool to cut down a wall candle when she fell off, landing on the frame of her yarn-winder, dying two hours later from her injuries.
A case in London in 1325 tells of a man who got out of bed naked and stood at a window 30 feet above the ground to relieve himself. He fell headlong to the pavement, crushing his neck and died at ‘cock-crow’.
Five: Fun
They knew how to have fun in the Middle Ages, but sometimes the results were bad.
In 1276, Osbert le Wuayl was enjoying himself at Elstow in Bedfordshire but, the coroner recorded, by the time he headed for home he ‘was drunk and disgustingly over-fed’. Although Osbert made it home, he fell over and hit his head on a stone, ‘breaking the whole of his head and died by misadventure’, only to be discovered the following morning.
In 1366 a friendly wrestling match in Bramcote, Warwickshire, ended badly when one of the men was thrown to the ground and was injured, dying the following day.
The moral of these tales? Things haven’t changed so much, since the Middle Ages. You never know what might happen, so make sure you have a Will in place, just in case.
Please get in touch if you don’t yet have a Will.
Tagged as: Wills
Share this post: